Waiting out the weather 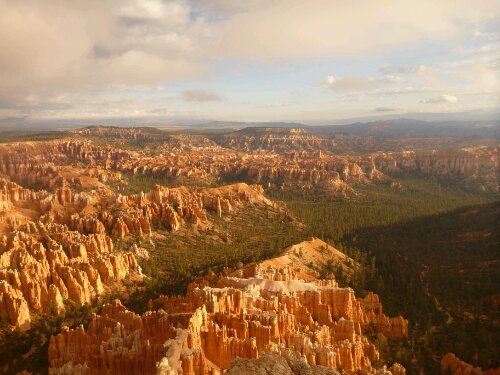 I’m still in Cedar City this morning.  Due to some nasty weather going through the region I stayed an extra day with Lynn and his family.  Yesterday had winds up to 40 MPH.  While it would have been a tailwind practically making members fly to my next stop, the cold and the rain would have made for an unhappy day.  In addition my stop after that, Baker, NV, had a winter storm warning!  Given that that ride will be one of the hardest, 80+ miles with no service and 3 passes to climb, I felt there was no reason to make it worse.  I felt even better about my decision when I woke up this morning and there was snow on the ground.  It melted pretty quick, but still.

So instead I used the day to get some work done on my bike.  My pedals have been slowly deteriorating and two days ago half of the right pedal completely broke off.  Those have been replaced and I also picked up some new tubes.  I had to throw out my spare a couple days ago because the valve broke.  It had 8 patches on it.  Fortunately I’ve been flat free since replacing my rear tire, but I feel much better now. Especially since I don’t know when I’ll be seeing another bike shop as I enter the desolate wasteland known as Nevada.

I know I’ve said this a bunch of times, but all my Warmshowers hosts have been great.  I felt like I was a member of the family yesterday as I ate dinner and afterwards played Scrabble with Lynn’s kids, Ian and Adrienne. (Which I won btw.  Adrienne is in 1st grade, but Ian is in college and needs to learn to not open up the triple word square so easily.)
This morning we all left at the same time, me to head to Milford, and they were going to Salt Lake City to pick up the other member of their family who was returning from his mission in Brazil.

As I said I’m about to head into more remote areas so I’m not sure what kind of Internet access I’ll have. I apologize in advance if posts aren’t as regular.  Enjoy another shot of Bryce Canyon in the meantime.